Once there was a store in Georgia. It is no more, but how I wish it was. I likened going in there to treasure hunting. One never knew what was going to be in there, and you had to dig through and wade through all the "other people's treasures" to find your own. I once found a set of blue and white teacups and saucers from England. I found lace handkerchiefs, a rocking chair, and an end table. But by far the best find was my kitchen table. I had stopped by one day while the kids were taking horseback lessons and the then little ones were asleep. The store was not open, but I went up to the window to see if anything new was there. And it was there. The table. And six chairs too! We were in need of a bigger table with Jack on the way. My mom had offered to give us her old one, which I was going to accept if I didn't find something I liked better. I didn't want anyone else to even see the table because I knew it was supposed to be ours, but one can never tell about what other people think. They might just think it was supposed to be theirs! I wanted to camp out in the parking lot til the store opened. I even drug Tony out that evening to stare in the window. He agreed that the table was very nice. And do you know that when I went there in the morning and talked to the store owner, he even agreed to a trade-in of our old table and chairs? I don't think I shall ever grow tired of our table. It is ours for as long as it lasts, and since it is a sturdy old door, I suspect that to be a nice long time. 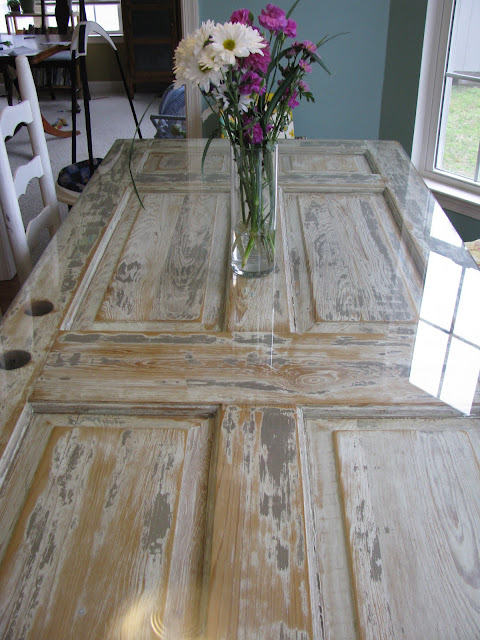 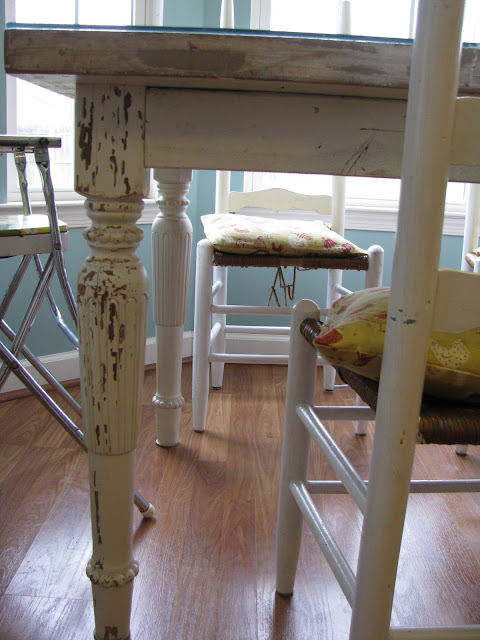 Popular posts from this blog

December 11, 2020
Currently crocheting the most complicated pattern I have ever tried. I am twelve rounds from finishing and it is uncertain whether my yarn will hold out. Also up for debate is whether the hat will fit. If nothing else, I have learned I can crochet at an advanced level and it is a beautiful pattern and well-written too! It is the Hedera Hat.  We have read this book for so many Advents now that the children admit to not remembering not reading it. And they still gather eagerly each evening for the next installment. A glowing review if ever there was one! Joining Ginny for the yarn along.
2 comments
Read more

June 05, 2020
You know that moment in "Ferris Bueller's Day Off" where Cameron goes berserk? Well, Thursday was that moment for us. We were all...unsettled. Restless. When I awoke this morning, I knew we had to do something. Something away from the house and the walls that were closing in. A day trip, because we had evening obligations. We have been longing (well, most of us anyway) to go camping all spring. With the State Parks closed until recently, I decided to update the inside of the camper. I am not done, but I have it to a point where we could go camping in it. Sadly, all the park's playgrounds and inside exhibits are still closed, along with boat rentals. Really, you cannot do much more than hike. We want to wait a while longer to spend several days in one spot. So I planned a three-park spree for today. They were all in a row along I-26. We visited Colonial Dorchester State Historic Site, Givhans Ferry State Park, and Colleton State Park. We packed a picnic lunch and ate
Post a Comment
Read more

Jenny
I am a Catholic, an Army wife, a bereaved mother, homeschooler. I spend my days with my 6 kids here in this world while waiting to reunite with my son who is in Heaven.